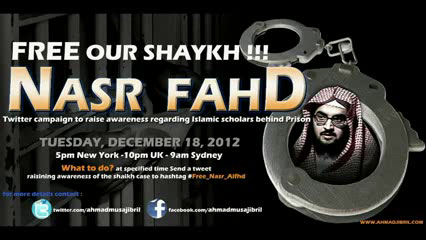 The imprisonment of scholars is not a rare phenomenon.  Across the globe and throughout history, religious leaders have been imprisoned because their beliefs have not been a neat fit with state policies and ideologies.

A Twitter storm in December brought to people’s attention the imprisonment of Sheikh Nasr al Fahd, a Saudi scholar who has been detained without charge for almost ten years. Although the Saudi government has not made a formal statement on the reasons of his imprisonment, it is believed that Sheikh Naser al Fahd is being confined because of controversial religious opinions attributed to him.

However, what is known, is that he was forced to recant some of his views on public television after six months of imprisonment and alleged abuse. The War on Terror provided a golden opportunity to detain Muslim scholars active in the political arena without any form of due process. The political nature of their imprisonment has often appeared after their release. For instance, Sheikh Omar al Haddouchi, Hassan Kettani and Abu Hafs who were once accused of having authorised the Casablanca bombings in 2003 and who received 20 to 30 years prison sentences, were recently released after a royal pardon in Morocco.

Observers see a pattern where imprisonment under vague allegations of terrorism is apparently the only way to control and regulate the beliefs and thoughts of individuals. This risks putting anyone with some influence in jeopardy, and leaves many scholars in a state of fear of who may be targeted next. Sheikh Ahmad Jibreel, who was instrumental in organizing this twitter campaign for Sheikh Nasr al Fahd wrote: “You may agree with him on certain matters, you may disagree with him. He is not infallible nor is anyone after the prophet Muhammad (SAW). But this is not the time to discuss it. You have something against any of his fatawa, a true believer; this is not the time to discuss it. When he gets out and is able to defend himself and debate you (...) then you can go and say: “this man did this and I have disagreed with you on this and that”.” 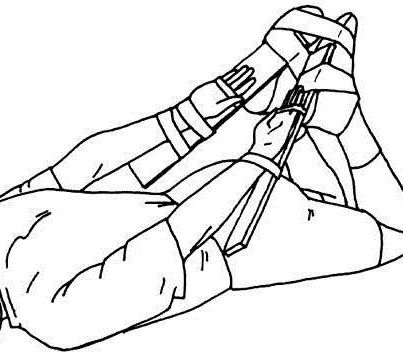 Sheikh Nasr al Fahd is still to be charged, tried or released. Now, he languishes in prison where he has reportedly been subjected to a number of abusive and torture tactics. In a recent video by Sheikh Ahmad Jibreel who himself was imprisoned, he describes how Sheikh Nasr al Fahd was often beaten and restrained by the ‘goon squads’ in his cell, tied in uncomfortable positions and dragged on the floor, leaving Sheikh Ahmad Jibreel and many others asking why should any human being deserve such treatment? At one point, he was abused to the point where he had to pray with his eyes and recently said that he feels that he, like Ibn Taymiyya, will die in prison, without charge or trial.